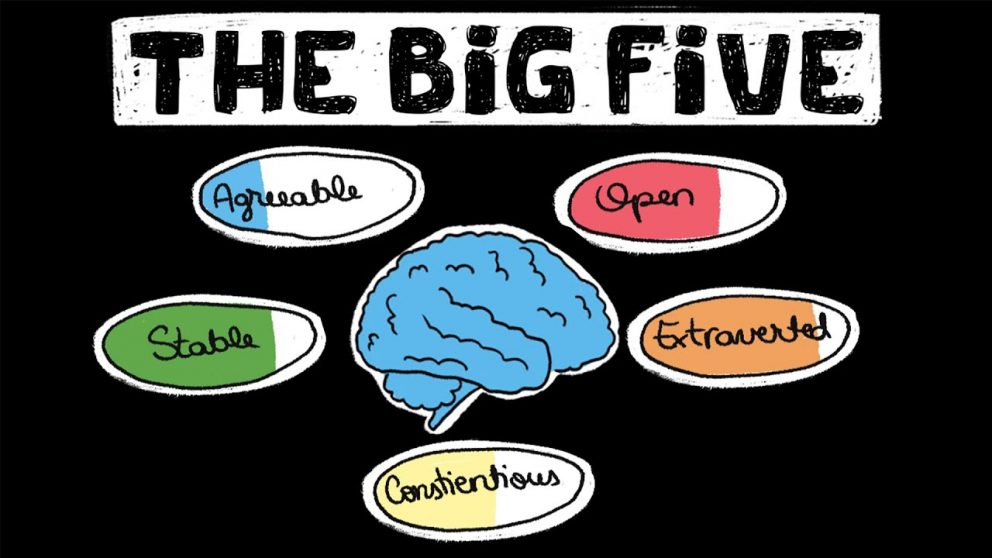 The Big Five Model is one of the most popular models of personality out there. It describes five traits to be the building blocks of personality – namely: extraversion, openness, agreeableness, emotionality, and conscientiousness. The Big Five model resulted from the contributions of many independent researchers. Gordon Allport and Henry Odbert first formed a list of 4,500 terms relating to personality traits in 1936 (Vinney, 2018). Their work provided the foundation for other psychologists to begin determining the basic dimensions of personality. After multiple studies conducted on this model by various researchers, the model was finally narrowed down to five traits. The model then became known as the “Big Five” and has seen received much attention. It has been researched across many populations and cultures and continues to be the most widely accepted theory of personality today.

Since the conception of the Big Five model, there have been many developments and advances in it. Although the Big Five test of personality is still widely in use, researchers have come up with variations to the model, to make it more robust and valid. In 2007, Peterson et al. carried out a factor analysis which led them to narrow down two distinct (but correlated) aspects within each of the Big Five representing an intermediate level of personality structure between facets and domains. Then then characterized these factors at the item level by correlating factor scores with the International Personality Item Pool (Goldberg, 1999). These correlations allowed the construction of a 100-item measure of the 10 factors.

There is also the HEXACO model of personality, which is a six-dimensional model of human personality that was created by Ashton and Lee. The sixth and additional dimension in this model is Honesty-humility. According to Ashton and Lee (2005), separate Honesty-Humility and Agreeableness factors provide a better prediction of personality variables that involve deceit without hostility, such as Social Adroitness and Self-Monitoring. Their results indicate the importance of assessing Honesty- Humility as a separate factor.

Based on the HEXACO model of personality, the Psychometric World has developed a crisp and robust personality test called the Big Five Plus Personality Inventory (popularly known as BigFive+). The test takes into account the 6 major dimensions of personality and their 12 facets to deliver a detailed personality profile of candidates. The test requires 20-25 minutes to be completed and is often used by our clients for campus recruitment, bulk hiring, and lateral hiring. The results from this test make it easy to compare candidates’ profile with the desired profile for the role and make the best decision with regards to selection and recruitment. There are a total of 108 items in the test, based on the 100-item scale developed by Peterson et al. discussed above. The Big Five Plus test is reliable and has good predictive validity, which makes it effective in predicting individual performance of candidates.

There are many benefits to using personality tests while recruiting candidates in an organization. They help companies understand the candidate better, make the recruitment process faster, and eliminate the recruiters’ biases. Personality tests are easy to administer and score, which also makes them time and cost-effective. All these benefits make personality tests very attractive to organizations, and the Big Five Plus test developed by The Psychometric World is particularly useful in hiring processes, as it provides easy-to-understand profiles of the candidates, and help recruiters get an insight into the six different dimensions of the candidates’ personality.

For more insights about purchasing the Big Five Plus test for your organisation or team, click on this link: https://thepsychometricworld.com/psychometric-tests/big-five-plus/

Payal is an undergraduate student, pursuing a major in Psychology. While her aspiration lies in clinical psychology, she is keen on learning about all fields in the domain of mental health. She thrives on books, music, and traveling, and dreams of making it big someday.