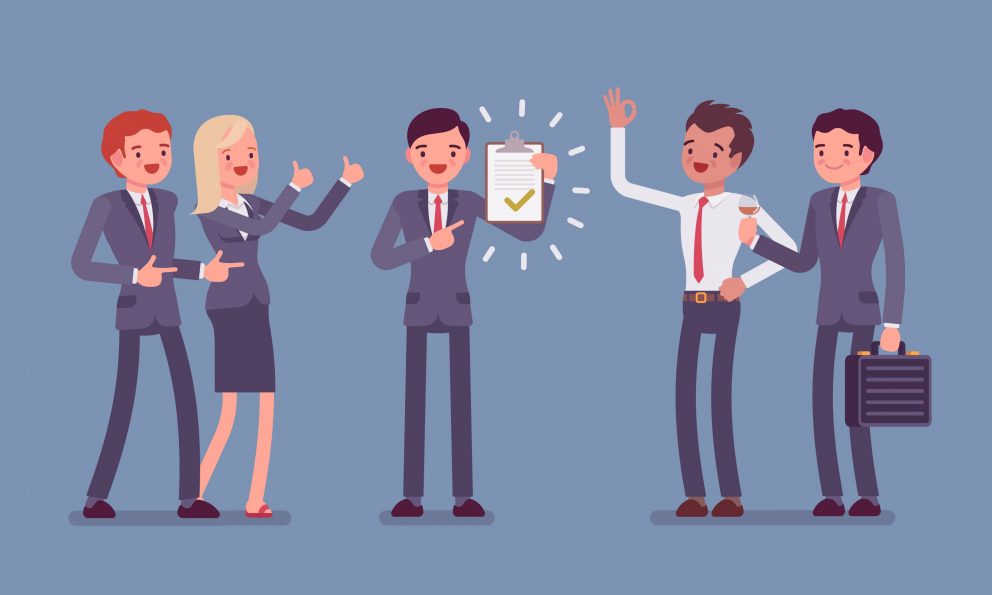 We are all aware of how rewards can motivate people to do better in their work. This follows from the theory of operant conditioning developed by BF skinner, which sees rewards and punishments as a way of influencing behavior. Even in the workplace, rewards in the form of bonuses, promotions, or simply praises, can go a long way in motivating the worker to do better. It increases productivity as well as employee well-being.

Team-based rewards, much less common but equally important, are also essential for an organization’s development. Team-based rewards are commonly defined as any formal incentives provided to a work team or at least one of its individual team members. Rewards may be based on team or team member performance, or other outcomes (e.g., sales, customer satisfaction, and profit). Perhaps the most common way of rewarding teams is by distributing the profit earned by the team equally amongst all members. With profit-sharing, the organizational outcome is financial in nature; however, organizations can also incentivize teams by offering non-monetary, predetermined rewards for achieving a goal. This can include treating all the members to dinner, or even exciting rewards such as a camping trip for all. Non-monetary rewards can act as both an incentive as well as a means of bringing the team closer.

There are many benefits to team-based rewards. Bamberger and Levi (2009) found that such payment systems are likely to enhance members’ pro-social behaviors and as a result, boost members’ capabilities, flexibility, responsiveness, and productivity.  Team-based rewards can also foster collaboration and teamwork, allow team goals to be clearly integrated with organizational objectives, and provide an incentive for the whole team to improve (Haines & Taggar, 2006).

There has been a lot of research on these team-based rewards, and the common notion that has approached is that these rewards are usually better for lower-performing team members. It acts as an additional motivation for them to perform better as a team. Higher-performing team members, on the other hand, tend to prefer individual-based rewards.  A body of evidence suggests that as team interdependence increases, team-based rewards are most effective when based on equal rewards for team members; otherwise, group cohesiveness and performance may be negatively affected.

Although team-based rewards seem like a good idea overall to increase the productivity of the whole team, there are several factors that need to be taken into consideration before employing their use. Teams that are highly interdependent warrant an equal distribution of the reward. However, this may lead to unfairness if not all of the members have put in an equal amount of effort in the team and can lead to slacking and free riding. Additionally, organizations also need to make sure that it is possible to measure aspects of performance that are the basis for rewards. Otherwise, team rewards become unjust in scenarios where individual-based rewards should have been awarded. Other factors that influence team-based reward effectiveness may include team composition (same or mixed gender; same or mixed occupation teams); organizational context factors (e.g., type of industry, size of organization); and team pressures (e.g., time pressure, stress), to name a few.

Rewards are always a good motivation to influence how employees work, and team-based rewards serve more purpose than one by enhancing relationships between workers and instilling a sense of community. However, such rewards should be used with caution as it may do more harm than good if there is an imbalance of effort put in by members. Overall, however, more organizations can aim to employ a system of team-based rewards to foster team-work as well as appreciate employees’ achievements.

Payal is an undergraduate student, pursuing a major in Psychology. While her aspiration lies in clinical psychology, she is keen on learning about all fields in the domain of mental health. She thrives on books, music, and traveling, and dreams of making it big someday.